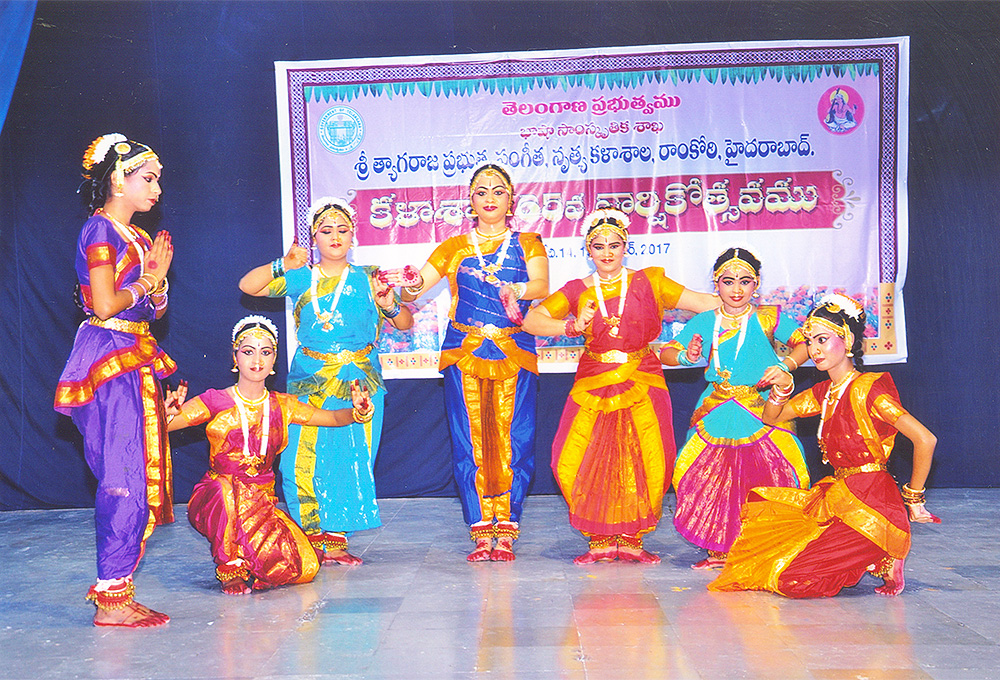 Bharataatyam or Bharathanatiyam is a major genre of Indian classical dance that originated in Tamil Nadu .Traditionally, Bharatanatyam has been a solo dance that was performed exclusively by women, and expressed Hindu religious themes and spiritual ideas, particularly of Shaivism, but also of Vaishnavism and Shaktism. Bharatanatyam's theoretical foundations trace to the ancient Sanskrit text by Bharata Muni,Natya Shastra, its existence by 2nd century CE is noted in the ancient Tamil epic Silappatikaram, while temple sculptures of 6th to 9th century CE suggest it was a well refined performance art by mid 1st millennium CE. Bharatanatyam is quite possibly the oldest classical dance tradition of India.

Bharatanatyam style is noted for its fixed upper torso, legs bent or knees flexed out combined with spectacular footwork, a sophisticated vocabulary of sign language based on gestures of hands, eyes and face muscles.The dance is accompanied by music and a singer, and typically her guru is present as the director and conductor of the performance. The dance has traditionally been a form of an interpretive narration of mythical legends and spiritual ideas from the Hindu texts.The performance repertoire of Bharatanatyam, like other classical dances, includes nrita (pure dance), nritya (solo expressive dance) and natya (group dramatic dance).

Bharatanatyam remained exclusive to Hindu temples through the 19th century, was banned by the colonial British government in 1910, the Indian community protested the ban and expanded it outside the temples in the 20th century. Modern stage productions of Bharatanatyam have incorporated technical performances, pure dance based on non-religious ideas and fusion themes.