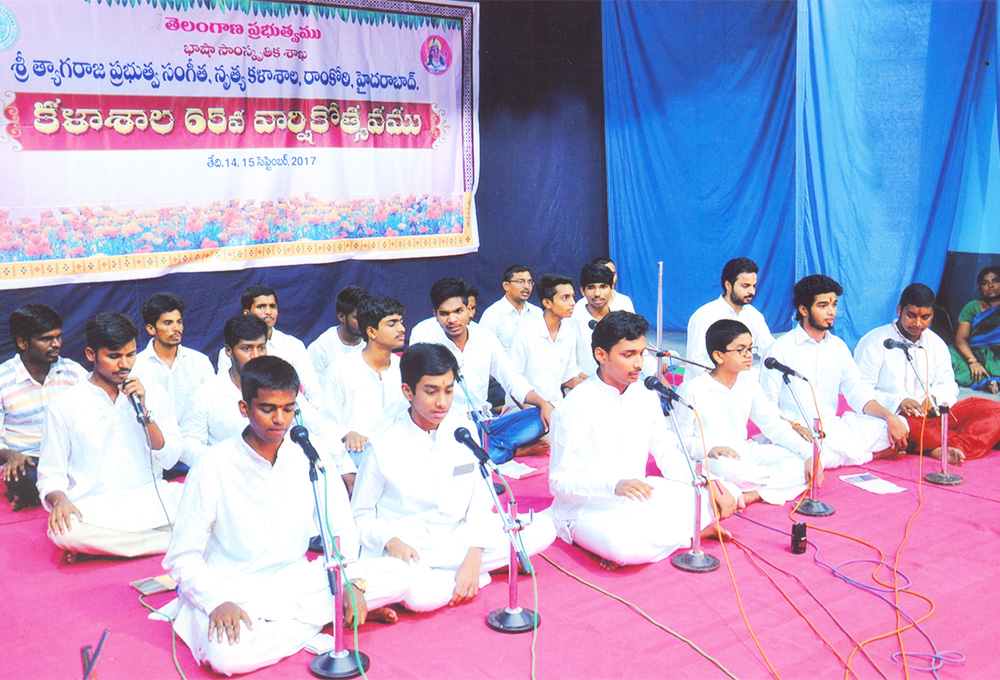 Karnatic music, is a system of music commonly associated with the southern India including the modern states Andhra Pradesh, Telangana, Karnataka, Kerala, and Tamil Nadu. It is one of two main subgenres of Indian classical music that evolved from ancient Hindu traditions, the other subgenre being Hindustani music, which emerged as a distinct form because of Persian and Islamic influences in northern India. The main emphasis in Carnatic music is on vocal music; most compositions are written to be sung, and even when played on instruments, they are meant to be performed in gāyaki (singing) style.

Although there are stylistic differences, the basic elements of śruti (the relative musical pitch), swara (the musical sound of a single note), rāga (the mode or melodic formulæ), and tala (the rhythmic cycles) form the foundation of improvisation and composition in both Carnatic and Hindustani music. Although improvisation plays an important role, Carnatic music is mainly sung through compositions, especially the kriti (or kirtanam) – a form developed between the 14th and 20th centuries by composers such as Purandara Dasa and the Trinity of Carnatic music. Carnatic music is also usually taught and learned through compositions. Telangana has produced famous vaggeyakara Sri Bhadrachala Ramadasu.