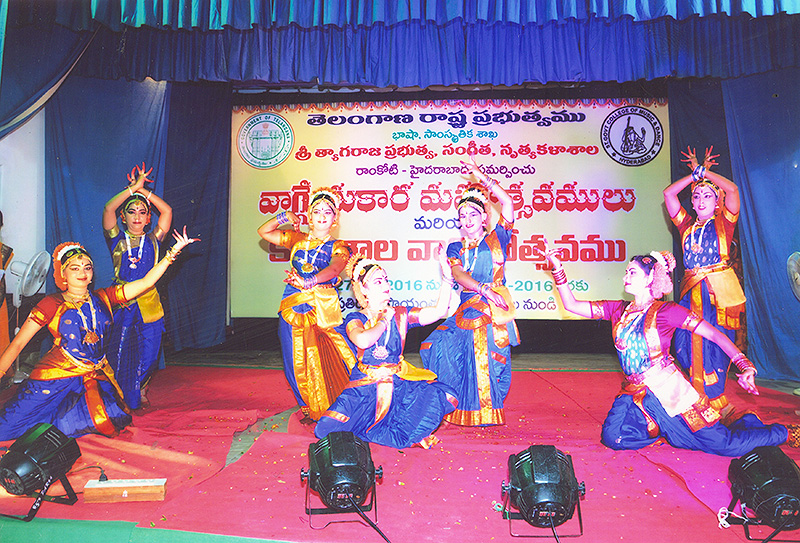 Kuchipudi  is one of the eight major Indian classical dances.It originated in a village named Krishna district in the Indian state of Andhra Pradesh.

Kuchipudi is a dance-drama performance art, with its roots in the ancient Hindu Sanskrit text of Natya Shastra. It developed as a religious art linked to traveling bards, temples and spiritual beliefs, like all major classical dances of India. Evidence of Kuchipudi's existence in an older version are found in copper inscriptions of the 10th century, and by the 15th century in texts such as the Machupalli Kaifat. Kuchipudi tradition believes that Tirtha Narayana Yati – a sanyassin of Advaita Vedanta persuasion, and his disciple an orphan named Siddhendra Yogi founded and systematized the modern version of Kuchipudi in the 17th century Kuchipudi largely developed as a Hindu god Krishna-oriented Vaishnavism tradition,and it is most closely related to Bhagavata Mela performance art found in Tamil Nadu.

The Kuchipudi performance usually begins with an invocation. Then, each costumed actor is introduced, their role stated, and who then performs a short dance prelim to music (dharavu). Next, the performance presents pure dance (nritta).This is followed with expressive part of the performance (nritya), where rhythmic gestures as a sign language mime the play.Vocalists and musicians accompany the artist, with the song recited in Telugu language, and the tala and raga set to (Carnatic music).The typical musical instruments in Kuchipudi are mridangam, cymbals, veena, flute and the tambura.