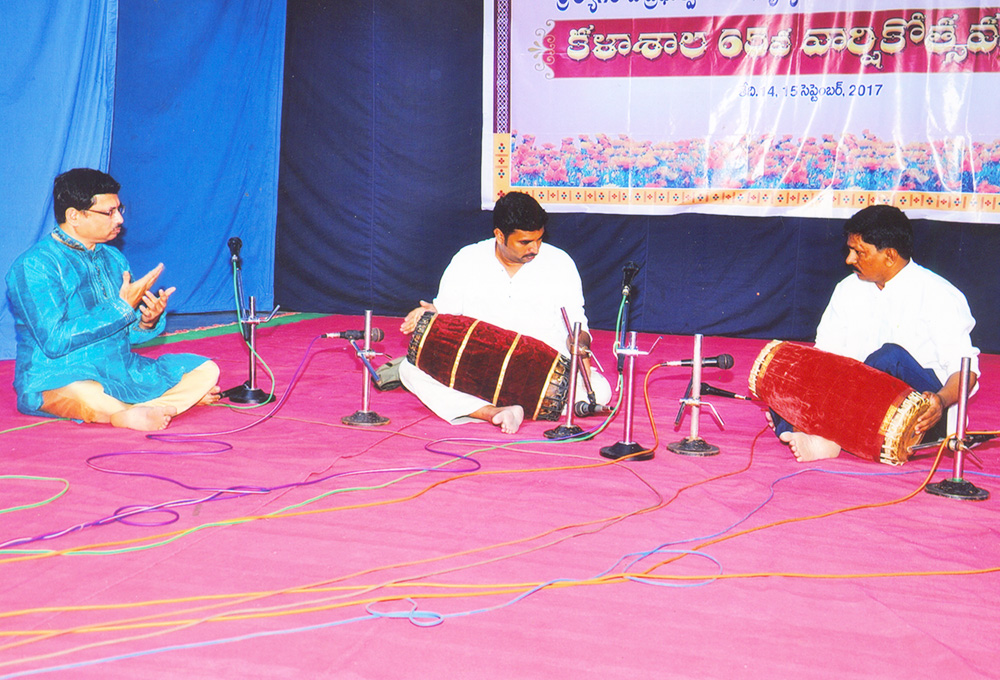 The Mridangam  is a percussion instrument from India of ancient origin. It is the primary rhythmic accompaniment in a Carnatic music ensemble, and in Dhrupad, where it is known as Pakhawaj.

During a percussion ensemble, the mridangam is often accompanied by the ghatam, kanjira, and morsing.

In ancient Hindu sculpture, painting, and mythology, the mridangam is often depicted as the instrument of choice for a number of deities including Ganesha (the remover of obstacles) and Nandi, who is the vehicle and follower of Shiva. Nandi is said to have played the mridangam during Shiva's primordial tandava dance, causing a divine rhythm to resound across the heavens. The mridangam is thus also known as "Deva Vaadyam," or "Divine Instrument".

Over the years, the mridangam evolved to be made of different kinds of wood due to its increased durability, and today, its body is constructed from wood of the jackfruit tree. It is widely believed that the tabla, the mridangam's Hindustani musical counterpart, was first constructed by splitting a mridangam in half. With the development of the mridangam came the tala (rhythm) system.

Mridangam has a large role in Newa music. One of the earliest Nepal Bhasa manuscripts on music is a treatise on this instrument called Mridanga anukaranam.The importance of a beating has changed over the years. In the old days, percussionists only used to accompany the lead player like the vocalist but this time their development is not restricted to accompaniment only but also to play one instrument shows.