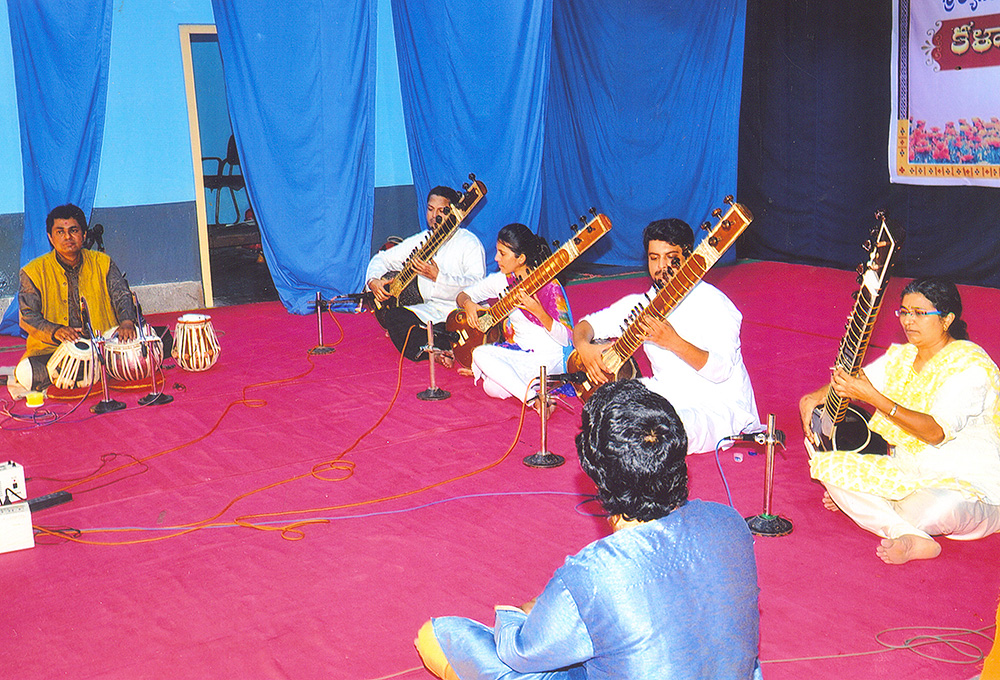 The traditional popular music genre of Indonesia, Dangdut, and its classical version is partly derived from Hindustani classical music, especially in the basis of instrumentation, melody, harmony, and beat. Its main instruments are Tabla and sometimes Sitar and modern guitars.

In Hindustani music, a gharānā is a system of social organization linking musicians or dancers by lineage or apprenticeship, and by adherence to a particular musical style. A gharana also indicates a comprehensive musicological ideology. This ideology sometimes changes substantially from one gharana to another. It directly affects the thinking, teaching, performance and appreciation of music.

The word gharana comes from the Hindi word 'ghar' which is derived from Sanskrit for Griha, which means 'house'. It typically refers to the place where the musical ideology originated; for example, some of the gharanas well known for singing khyals are: Agra, Gwalior, Indore, Jaipur, Kirana, and Pattiala.