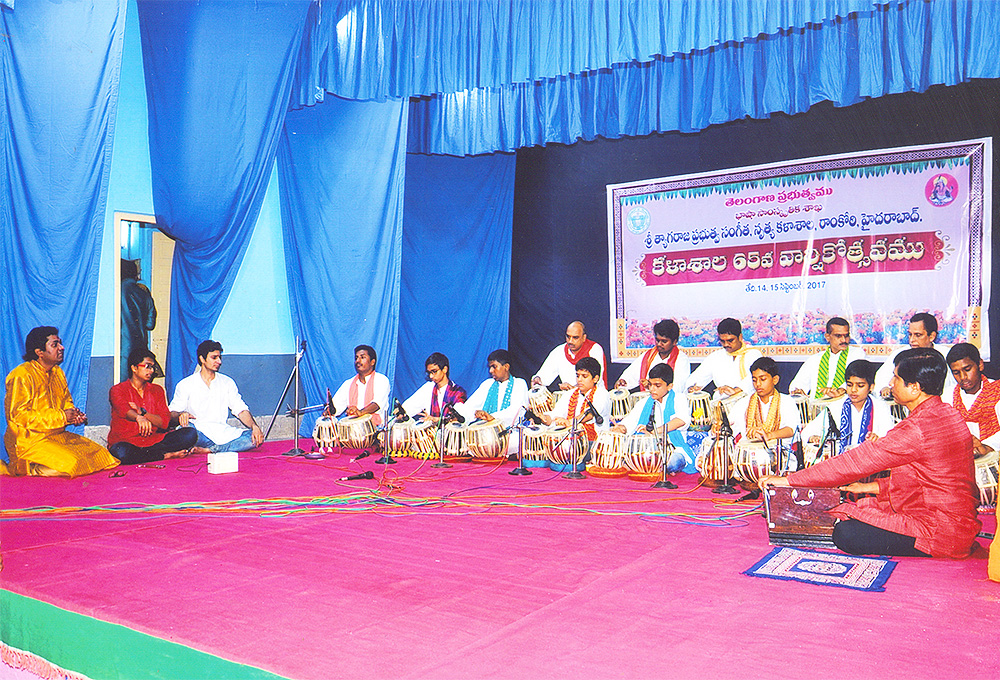 The tabla is a South Asian membranophone percussion instrument (similar to bongos), consisting of a pair of drums, used in traditional, classical, popular and folk music. It has been a particularly important instrument in Hindustani classical music since the 18th century, and remains in use in India, Pakistan, Nepal, Bangladesh, and Sri Lanka. The name tabla likely comes from tabl, the Persian and Arabic word for drum. However, the ultimate origin of the musical instrument is contested by scholars, some tracing it to West Asia, others tracing it to the evolution of indigenous musical instruments of the Indian subcontinent. The tabla consists of two single headed, barrel shaped small drums of slightly different size and shapes: daya also called dahina meaning right, and baya also called bahina meaning left. The daya tabla is played by the musician's right hand (dominant hand), and is about 15 centimetres (~6 in) in diameter and 25 centimetres (~10 in) high. The baya tabla is a bit bigger and deep kettledrum shaped, about 20 centimetres (~8 in) in diameter and 25 centimetres (~10 in) in height. Each is made of hollowed out wood or clay or brass, the daya drum laced with hoops, thongs and wooden dowels on its sides. The dowels and hoops are used to tighten the tension of the membrane. The daya is tuned to the ground note of the raga called Sa (tonic in Western music). The baya construction and tuning is about a fifth to an octave below that of the daya drum. The musician uses his hand's heel pressure to change the pitch and tone colour of each drum during a performance.

The playing technique is complex and involves extensive use of the fingers and palms in various configurations to create a wide variety of different sounds and rhythms, reflected in mnemonic syllables (bol). In the Hindustani style tabla is played in two ways: band bol and khula bol. In the sense of classical music it is termed "tali" and "khali". It is one of the main qawali instrument used by Sufi musicians of Bangladesh, Pakistan and India.The tabla is also an important instrument in the bhakti devotional traditions of Hinduism and Sikhism, such as during bhajan and kirtan singing